In the spring of 1986, a group of Finnish friends were sharing their memories and experiences from International Women’s Clubs in different countries where they had lived. They all agreed that a similar club was also needed in Helsinki. They brought together a group of eleven positive, broad-minded, visionary ladies who started to carry out the plan to establish the International Women’s Club of Helsinki. The aim was to provide a forum for women of foreign nationalities and Finnish women to meet and share their experiences. This would give them an opportunity to get to know one’s cultural backgrounds, introduce Finland and its customs and in the process create lifelong friendships across borders. Perhaps one of the most important wishes was to help international women residing in Finland make friends and feel happy during their stay in Finland.

The founding letter of the IWCH was signed on 20th of November 1986 and the first IWCH Luncheon took place on February the following year. The luncheon meetings have continued ever since, taking place on the second Tuesday of every month, from September to May. The Club also started arranging visits to places of interest, initially once or twice a month. During the first year most of the events featured Finnish society and culture. However, during the Club’s second year foreign cultural events were added. Since then, cultural diversity has been very visible in our activities. Today visits to museums, businesses, exhibitions, organisations or places of cultural interest take place on a regular basis throughout the year.

To increase the Club’s membership, invitations were sent to embassies, foreign banks and companies active in Helsinki. By the first Annual General Meeting in May 1987, the club had grown to 105 members representing 28 countries. In thirty years, the number of members has more than doubled and we now have members from over 40 countries. We still wish every new member to be willing and able to contribute something to the Club, making it an active and vibrant place to gather. Over the years we have celebrated our success by having the 25th Silver Anniversary and a wonderful and festive 30th Anniversary Gala in Hotel Kalastajatorppa, which was the place of the first luncheon meeting.

Since the time of the IWCH’s founding, society has changed and many of our members work outside their homes. For some of our foreign members, a job may have brought them to Finland. The Club has aimed to evolve with the times, adding to its’ programme topics, visits and happenings that interest our members, always being a friendly place to make new friends. Today the IWCH remains a wonderful forum for contacts and friendship across borders, a dialogue between cultures and an introduction to Finnish society and culture. Our fellow IWCH members are there to offer us encouragement, inspiration and companionship in all fields of our lives. For many of us the purpose could be described in one word: friendship. 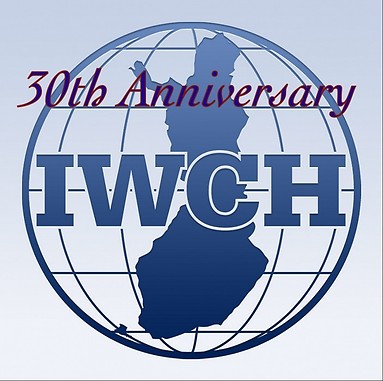